Despite a slight decrease, IT is still the job category with the most vacancies in the Netherlands, holding a market share of 11.3% in the third quarter of 2016. According to the CBS (Central Statistics Agency), IT holds 47 vacancies per 1000 jobs of employees.

The Holy Grail in HR 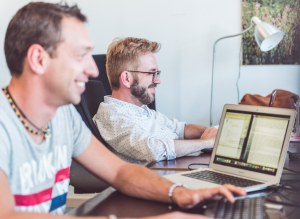 But where do you find the talent to fill all those vacancies? A recurring question amongst several of our clients. A Dutch customer, who uses Jobfeed and Textkernel’s semantic search technology to manage a job portal targeted at international talent looking for jobs in the Netherlands, wanted to find out from which countries people were looking for IT jobs using their portal. We’ve had a look at our data to find out.

We used a dataset from September 2016. First, we checked from which countries people clicked on vacancies in general. The top 5 looked as follows*:

Where to find international IT-talent?

Zooming in on IT vacancies specifically, we see slightly shifting results:

This study can help to point tech-employers in the right direction.

Bauke Visser, data consultant at Textkernel, says, “The question: ‘where can we find IT talent?’ is the Holy Grail within HR. This study can help to point tech-employers in the right direction. The good thing about this dataset is that we know it’s about IT-ers, since they clicked on IT vacancies specifically. Besides that, it’s a portal for jobs in the Netherlands, so we presume that they are open to move abroad, i.e. to the Netherlands.”

Want to find out more about Jobfeed, Textkernel’s Big Data tool for the labour market? Don’t hesitate to get in touch with us.